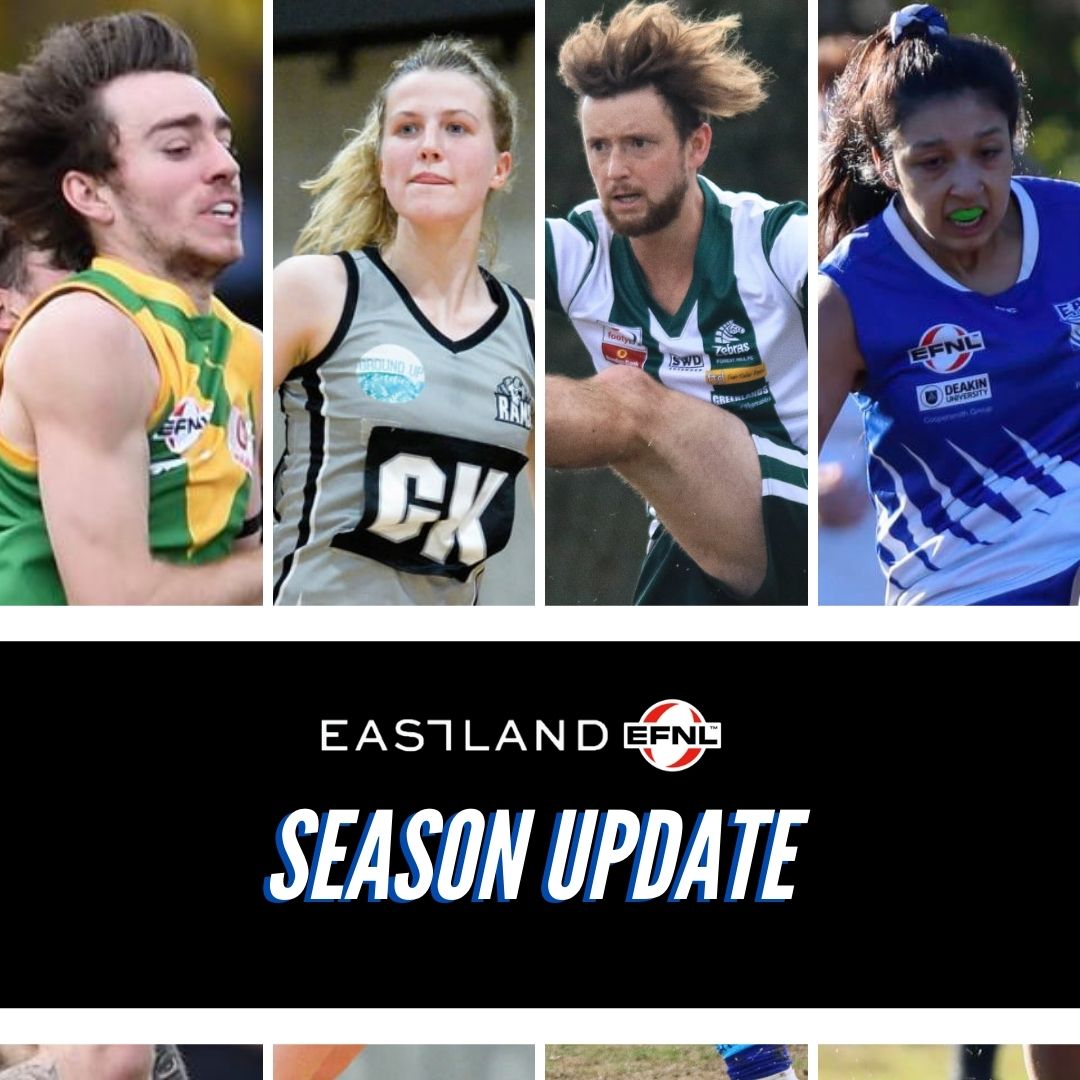 The Eastern Football Netball League Board has ratified a number decisions following the 2021 season, including the awarding of Premierships and Promotion and Relegation.

As communicated to all EFNL Senior Clubs, in a memo sent out on Tuesday evening, Promotion and Relegation in season 2021 would not automatically apply due to the shortened season and the cancellation of the 2021 finals series.

The Board has not ruled out the movement of clubs between divisions, citing that it will consider moves where it believes there is a compelling case for a club to be promoted or there are opportunities to create an improved competition structure that will enhance the overall competition.

As such, the League can confirm that Coldstream Football Netball Club will join Division Three in season 2022, whilst any further announcements about any club movements will come in due course.

The Board also ratified the awarding of Premiership Cups in all Junior Divisions and Senior Women’s Divisions, with the competitions completing 86% and 80% of their fixtures.

The Board also felt it was extremely important to recognise the teams that finished on top across the remaining league competitions, awarding those sides with a Minor Premiers Cup.

The EFNL will move forward and produce silverware based on the below table.