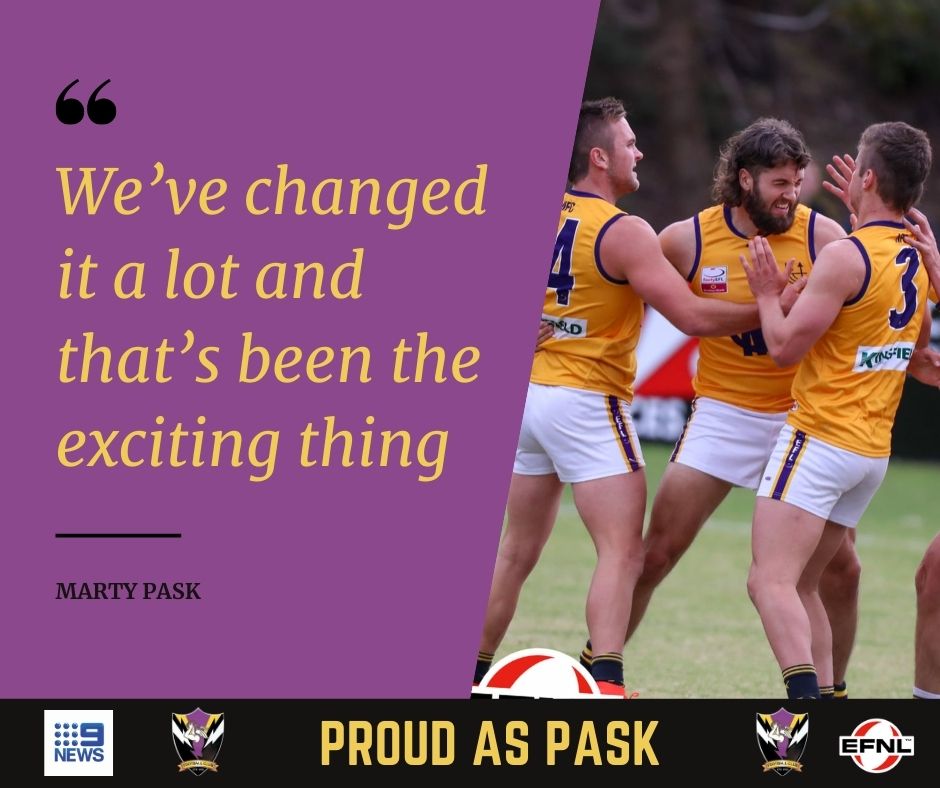 Norwood coach Marty Pask couldn’t have been prouder of his group come Saturday night, with the Wooders keeping their 2021 undefeated record and knocking off one of their bogey sides in Balwyn – all in one foul swoop.

Coming off a comfortable 10 goal victory over local rivals North Ringwood in round one, eyes were on the 2014 premiers to see if they were finally ready to walk the walk and return to the premiership conversation in 2021.

And they passed their first big test of 2021 with flying colours. Pask said that this defensive effort meant a little more given the time and effort put into debunking the Tigers front half of Lisle, Gobbels, Jaffer-Williams and co, who had put Vermont to the sword the week before.

“A lot of the preparation heading into the weekend was about the quality in their forward line,”

“What they’ve got there is arguably the best front half in the competition, just the way it commands so much respect given what they’ve done in their respective football careers,” Pask said of the Tigers attacking trio.

“It was fantastic for our defenders to really embrace that opportunity,”

“I thought Tristian Tweedie was outstanding, he really held together the backline and Dan Young stood up really well under pressure along with Jesse Newman.”

It was clear both sides were keen to negate the attacking prowess of their opponent on Saturday, with a large chunk of the game being played between the two arcs, as Balwyn looked to play to their strengths, something Pask had expected.

“Anytime you play a team like Balwyn, who have been at the pointy end of the ladder for the last decade, you always know you’re going to be in an arm wrestle,”

“We were able to move the ball freely from time to time, but playing a good side like Balwyn, they do try and take what they feel your strengths are and they obviously wanted to make sure it was a contested style of game, because they bring a lot of numbers to the ball and play a lot of numbers around the stoppages.”

Norwood managed to turn the tables on Balwyn, winning the clearances 40-27 across the day and having 24 more contested disposals (106-82). So far this season Norwood have had seven multiple goal kickers, with goal kicking midfielder Blake Pearson leading the charge with seven majors, followed by Jayson Spurrell (5) and Rhett Jordon (6), with the latter booting four majors on the weekend in a new role for season 2021.

The ability to adapt on the fly, along with their new look forward line following the departure of Leigh Williams, is pleasing for the senior coach.

“We’ve changed it a lot and that’s been the exciting thing,”

“We’ve really looked at ways that we can grow and evolve as a football side,”

“The good thing about our side is that we don’t rely on any one person each and every week – we want to create an even spread – and that we can all contribute to the end result.”

Balwyn and Norwood have a long history, with the Wooders knocking off the Tigers to win their only top flight premiership back in 2014, which has led the Tigers to take a stranglehold over them since then, especially in 2019 where they comfortably defeated Pask’s side on two occasions.

Paks himself also has a history with the Tigers, taking them to the 2017 finals series during his time as senior coach.

That’s why Saturday’s win meant so much to Pask and the folks at Mullum Mullum.

“We were embarrassed the two times we played Balwyn in 2019 and we wanted to ensure we understood that we weren’t up to it and we needed to be better,”

“We made a lot of headway in 2019, we hadn’t beaten a top five side in some time heading into that season and we were able to do that against Blackburn, Rowville and South Croydon, but Vermont and Balwyn were two sides that we couldn’t register wins against,”

“We knew what was coming and we wanted to see how our players responded and coming off the ground I was proud of the way they handled themselves,”

“We have a lot of young guys in our side, and those young guys getting that opportunity to play a game like that, under that intensity, and come off with full confidence was really pleasing.”