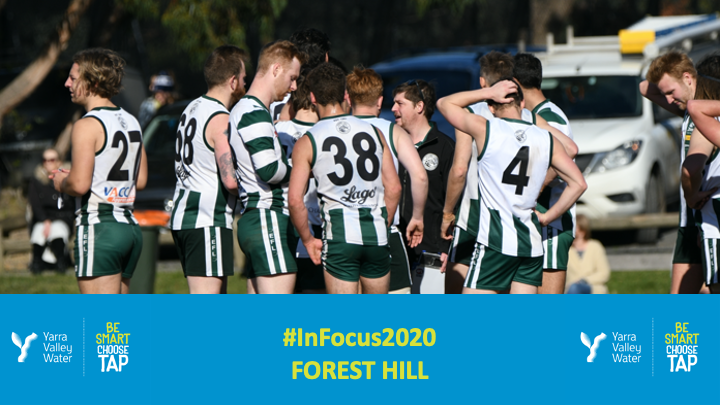 The Forest Hill Zebras had an up and down 2019 campaign, one that ultimately didn’t amount to much.

After finishing a tepid 7 – 9 on the season, Forest Hill has committed to building a more competitive outfit in 2020, learning from last year and growing as a collective unit.

“Last year we had a lot of young blokes playing through our senior side. It was all about giving them some exposure to that level to hold them in better stead for this year.”

In order to guide Forest Hill’s youth and ensure it continues learn and grow each week, the Zebras have recruited the services of a number of players with experience in higher divisions.

“Mitch Hanegraaf has come over from the Knox footy club, he’s going to be a really big asset for us,” Scicluna said.

“As will both Ryan Baker and Steve Naylor, who’ve come across from Wantirna South.

“We’ve also picked up another player, by the name of Mitch Wilkinson, from the Mulgrave footy club.

“All these guys will obviously more than likely be in our senior side, hopefully, for the majority of the year and are going to add another dynamic to our team.”

Join me in welcoming Mitch Wilkinson to the Forest Hill Football Netball Club. Mitch joins us from Mulgrave after…

Along with the recruits and youth, the Zebras will see a high level of continuity in its list having retained the majority of its players from last season.

Despite losing a couple to retirement and others just leaving the game all together, Scicluna said the clubs player retention rate has been quite high.

“The majority of the list is maintained, we’ve lost a few players…but in terms of our senior list, it’s actually improved which is what we were looking at doing,”Scicluna said.

Scicluna said his club’s preseason had been going really well, with boys returning from their time off in great shape and ready to attack the season.

Throughout the early preseason, the club worked some game simulation into its training schedule and teamed-up with another footy club for some high intensity practice, a benefit for all players involved.

“Working with another footy club from a higher level has been really, really good for the both teams,” Scicluna said.

Disappointingly, the COVID-19 outbreak has ground things in the EFNL to a halt and Scicluna’s players, like all others across the league, have been forced to train alone.

However, their coach has continued to guide them from afar, having given each squad member a personal training program to adhere to whilst the league is suspended.

After failing to qualify for finals last year, the key to success for the green and white will be consistency.

Forest Hill showed flashes of its potential in 2019, but now is the time to put together its best football on a weekly basis.

“We knocked off Coldstream who finished second on the ladder and we were a kick away from beating East Burwood in the second half of the season,” Scicluna said.

“Whilst some of our performances were good, they just weren’t consistent enough to compete with those top sides.

“So definitely consistency for us is going to be a big key.

“Assuming we still play rounds 1,2 and 3, we’ll get a good opportunity to prove we can do it because Silvan and Coldstream are two sides we play back-to-back early.”