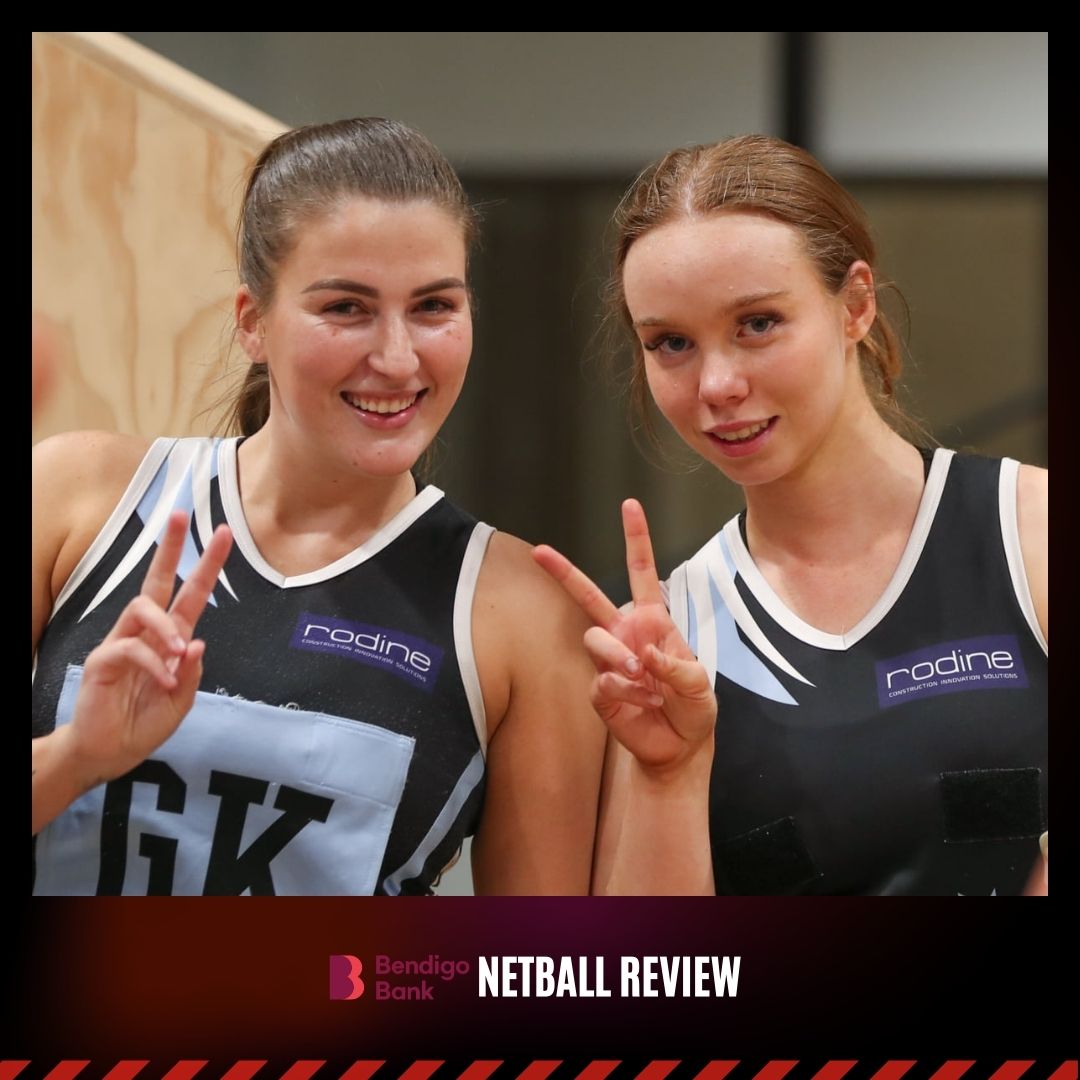 Another big weekend of EFNL Netball is on tomorrow night, so get your head around all of last weekend’s fallout here, with the Bendigo Bank Netball Review.

A very important game for both teams this week as 2nd and 3rd place battled it out on the courts. It was a very close game with only a one-goal difference at the end of the first quarter and a tie by halftime. However, East Burwood Black took charge in the third quarter and dominated in the goal circle, leading by an eight at the final break. Both teams were sitting at a 4-0 record but only one team came out on top with East Burwood Black defeating Burwood Rams by 18 goals.

Belinda Williams continues to shine in the goal circle scoring 35 goals on Friday making it her best game yet with Sarah Mulqueen and Ruby Klepac scoring 20 and 9 goals.

Danika Corless and Rylee Hamilton continue to work beautifully in the goal circle together with a shared 27 and 19 goals, however it wasn’t enough to get the Rams over the line.

A very close game between Kilsyth and Scoresby on Friday night. The Cougars were tailing closely behind the Pies at the end of the first quarter. By halftime the Couagrs took the lead by three goals but dropped to a one-goal lead at the end of the third quarter. In a game that could have gone either way, the Cougars proved to be too strong to overthrow as they managed to stay in the lead and defeat the Magpies by three goals.

Bianca Sanzaro dominated in the goal circle with 22 goals of her own and supported by Sarah Grigg and Kayla Nealy with four each.

Another 2nd and 3rd place battle occurred on Friday night as Montrose and Whitehorse battled it out with both teams sitting at a 3-1 record. Montrose led by a single goal at the end of both the first and second quarter. Trying to avoid a turnover, Montrose kept up the pressure and led in the goal circle with both Georgia Burt and Blaithin Doyle scoring 16 goals each making it enough to secure a 6-goal win. Montrose now sit on top of Whitehorse with a 4-1 record.

Another close game for top of the ladder team Vermont playing against Balwyn who now sit at 6th on the ladder. Balwyn were in the lead at the end of halftime making Vermont scared they may encounter their first loss for the season. The fear of losing motivated the Eagles to put more force in the goal circle with Kellie Phillips dominating in the ring and scoring 22 goals accompanied by Jessica Scida’s 4. The Eagles were able to pull out a four-goal turnover by the end of the third quarter and just winning by two goals, keeping the Eagles undefeated.

Alyssa Newly scored 23 goals on Friday night assisted by Adelle Mazzarella scoring 12 of her own.

Glen Waverley remain undefeated and sit happily on the top of the ladder.

Another comfortable and dominant display shown from Waverley on Friday night as they played against Kilsyth with ease. All throughout the game Waverley dominated in the goal circle and applied close pressure in defense. The pressure was too much for Kilsyth as they struggled to keep up with Waverley’s pace.

Gabriella Hatch scored 24 goals in the goal circle making it her best game yet. Jamie Blewett assisted with 17 of her own.

A very strong display shown from both Waverley and Scoresby on Friday night. Scoresby was tailing closely behind Waverley all throughout the game, never stopping the pressure. However, the pressure wasn’t enough as they weren’t able to score enough goals to overthrow Waverley and secure the win. Waverley secured the win that has now put them on top of Scoresby on the ladder.