THE EAGLE HAS LANDED 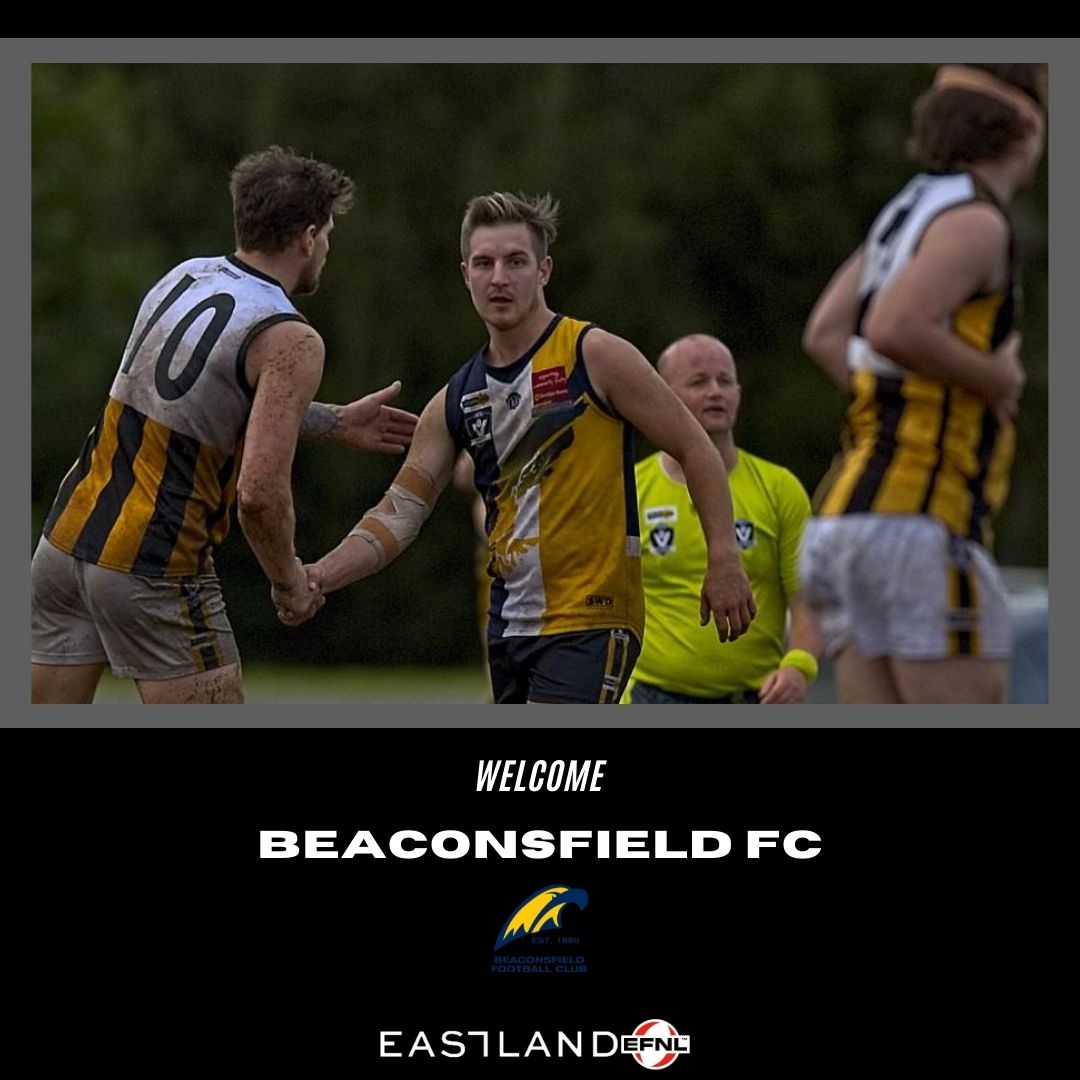 The Eastern Football Netball League is excited to announce that the Beaconsfield Football Club will join the league in 2022.

The club’s transfer from the Outer East Football Netball League was confirmed by AFL Victoria this week following a very strong majority vote at the EFNL’s recent Special General Meeting.

Beaconsfield will become the EFNL’s 47th senior club and their men’s side will compete in Division One in 2022 making it a 10 team competition.

The Eagles home strip is Yellow, White and Blue (Left to Right) with an Eagle splayed across the front, similar to that of the West Coast Eagles in the late 2000’s. Beaconsfield, who last won a Senior Premiership in 2014, have won 10 flags in their history including three in four years (2001,2003 and 2004) and in 2021, under the tutelage of former Noble Park mentor Mick Fogarty, the Eagles were undefeated winning all eight of their Home and Away fixtures.

Beaconsfield’s home – Holm Park Reserve – is a more than welcome addition to the list of EFNL venues, with their playing surface, change-rooms and social rooms of the highest quality.

The EFNL is very excited by the addition of Beaconsfield to its ranks, and we wish them all the best in their upcoming debut season.