The EFL, as we know it today, has grassroots that stretch back to the early 1900s.

History of the EFL has been traced back to the turn of the century when it was known as the  Reporter District Football League, which began in 1903.

Several EFL clubs also competed in the Eastern Suburban Football League, which ran from the late 1930’s up until the mid 1950’s.

Seven delegates from the Croydon Mail Football League met under a tree in Forest Road, Ferntree Gully in 1950, with the view of changing the league’s name once again

The men wanted to start a new league to incorporate football clubs from Ferntree Gully, Scoresby and Mulgrave.

The only new club to join the league was Ferntree Gully, and the name was changed to the Croydon-Ferntree Gully League.

From 1950 to 1961 another 22 clubs joined the league and two clubs transferred to other leagues.

During an executive meeting of the league on Friday 26 January, 1962 at the Francis Café in Croydon, a motion was put forward to change the name of the league once again.

The vote was 38 “for” to 32 “against” in favour of adopting the Eastern Districts Football League as the new name and so the EDFL was born.

For several years prior to 1997, due to the number of juniors within the Eastern Region, several clubs were fielding junior teams in the neighbouring Knox Junior Football Association (KJFA).

The KJFA offered all age groups from Under 8 through to Under 15.

At the end of the 1997 season, after a year of negotiations, the EDFL and the KJFA merged and the Eastern Football League was formed.

Thus far the partnership of the two leagues has been an overwhelming success.

The EFL is now the largest Australian Football competition in the country, in terms of numbers of players participating each weekend. 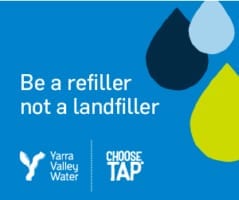 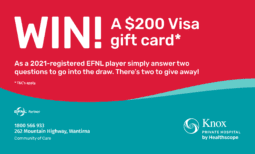