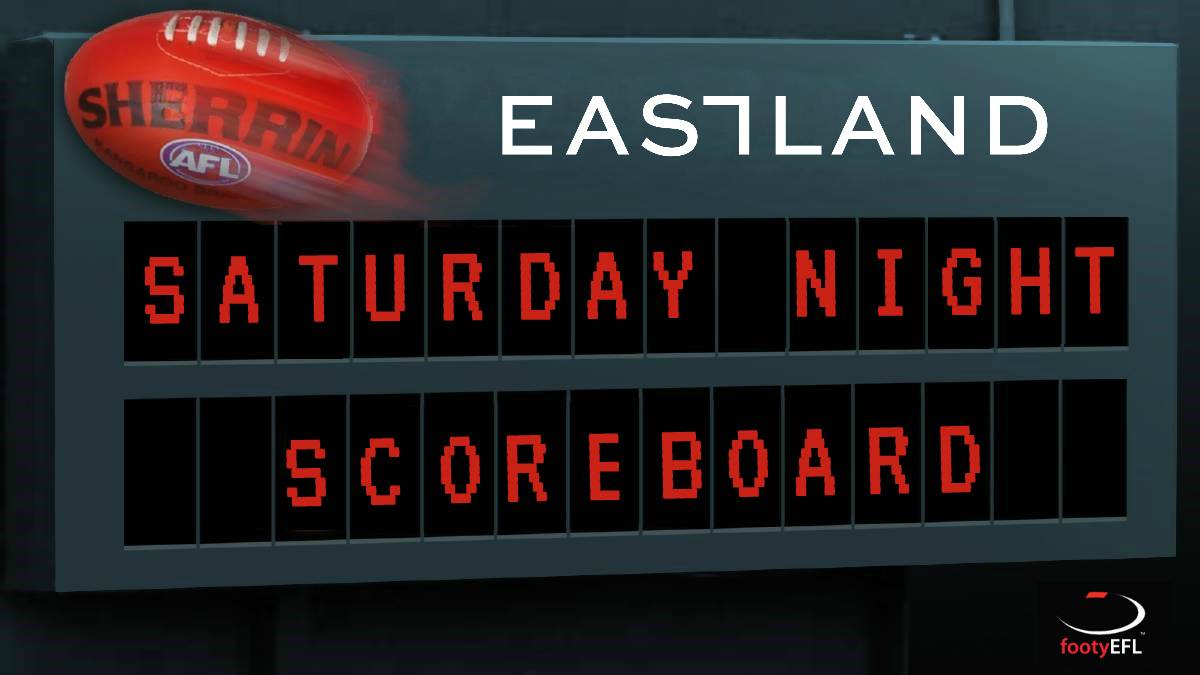 In Premier Division, South Croydon recorded its second win in a row to steer its season to 2-3, with a comfortable victory over North Ringwood at Quambee Reserve. Meanwhile, Balwyn proved too good for Montrose at Cherry Road to move to 4-1 in season 2019, retaining its spot in the top five.

In Division 1, ladder-leader Lilydale continued its unbeaten run with a strong win over Upper Ferntree Gully at Kings Park, as Park Orchards snapped its three-game losing streak, defeating Knox by 45 points at Domeney Reserve. In dramatic circumstances with a Mustangs kick after the siren hitting the post, Mooroolbark drew with Wantirna South at Walker Reserve.

Division 2 saw Mitcham take its season to a 5-0 unbeaten start, comprehensively accounting for The Basin at Walker Park with 11 individual goal-kickers, as Ringwood won its second-straight match, defeating Mulgrave by five points after leading by just nine at three-quarter-time.

In the fourth-tier 2018 grand final replay, the Whitehorse Pioneers emerged victorious over the Glen Waverley Hawks to the tune of 59 points, as Warrandyte overcame a slow start to record a strong win over Chirnside Park.

East Burwood again proved why it has been the benchmark thus far in Division 4, claiming outright first on the ladder after rallying with Coldstream to run out comfortable 37-point winners. Meanwhile, Silvan proved too good for Forest Hill, Fairpark comfortably accounted for Nunawading, and Surrey Park ran out victorious over Croydon North-MLOC.

Make sure you tune in to EFL Sunday from 10am-12pm on 1377 SEN+ for a full wrap of all the round’s action and to hear from winning coaches across the divisions.