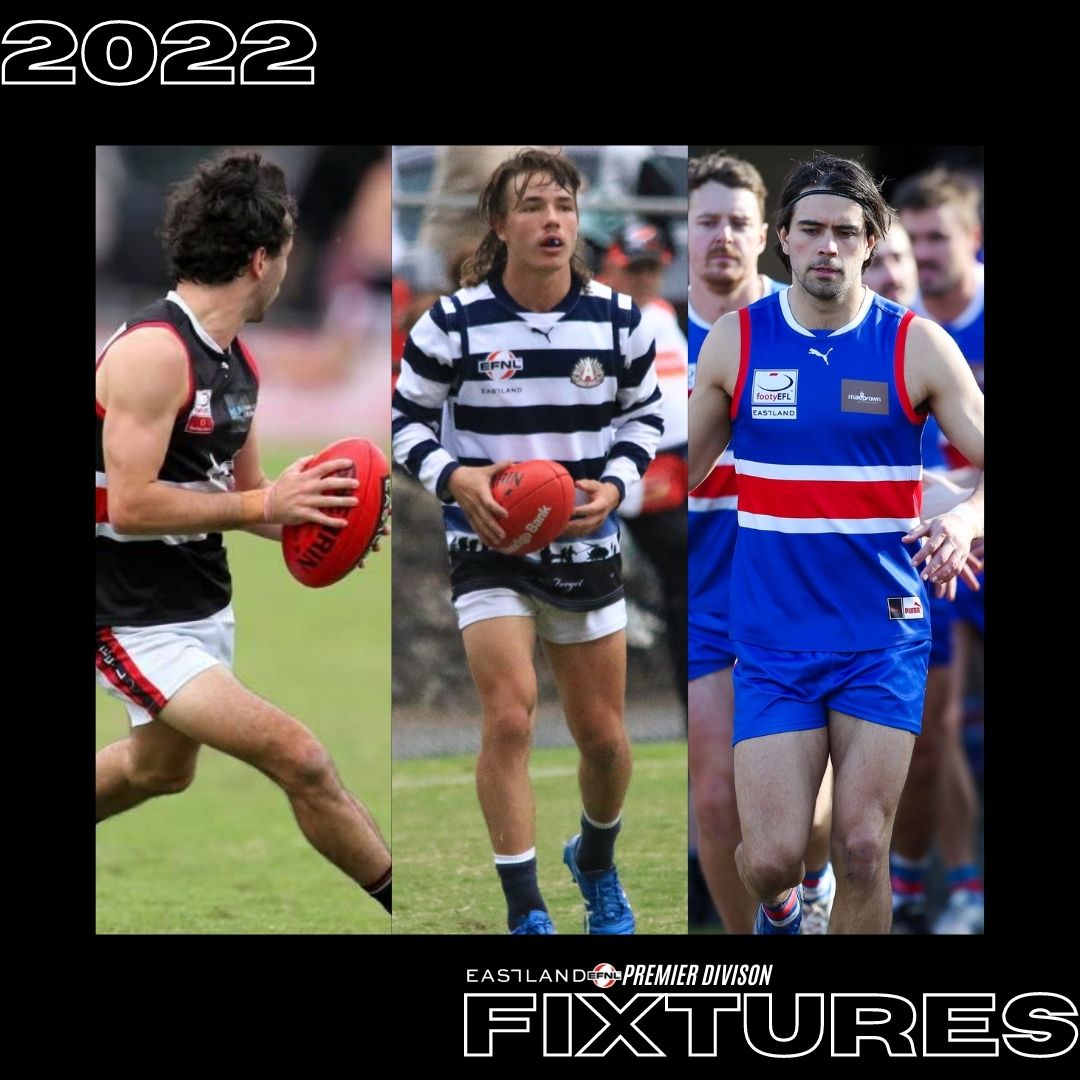 The Eastern Football Netball League’s Premier Division 2022 Fixture has been completed, with 12 clubs battling it out for a shot at glory after the inclusion of Park Orchards into the top flight following their 2021 Minor Premiership.

Round One will take place on April 9 and is shaping up as a thrilling opening weekend, with Doncaster East hosting 2021 Minor Premier Vermont, local rivals Rowville taking on Noble Park at Seebeck Oval and South Croydon travelling out to Berwick. Meanwhile Norwood will play host to Chris Annakis’ Doncaster and Park Orchards will make their Premier Division debut at home against neighbours North Ringwood.

Blackburn and Balwyn will wait to kick off their 2022 campaigns, with the two sides returning to the Good Friday slot, as the Panthers host the Tigers on April 15 in a standalone fixture.

Anzac Weekend will see Noble Park welcome Berwick to the Bullring on the Sunday (April 24) before South Croydon host Blackburn on what promises to be a bumper Anzac Day at Cheong Park.

The Burners complete a frantic first month of action with a Friday Night encounter, taking on Park Orchards under lights at Morton Park to open Round Four on April 6, whilst in other standalone fixtures, Noble Park will host Balwyn as the only Queens Birthday Weekend game, on June 11.

The Doncaster Derby returns, with the Sharks hosting the Lions in Round Two, before Doncaster East welcome Doncaster to Zerbes Reserves in Round 14, whilst Norwood and North Ringwood meet just once in 2022, in Round Nine.

In another change, the Eastland Premier Division will be using a top six finals system in 2022, played out over three weeks, with the top two sides having a week off before heading into the Second Semi-Final. You can view the Eastland Premier Division 2022 fixture below or by clicking here.