Eastland In + Under – Week Four 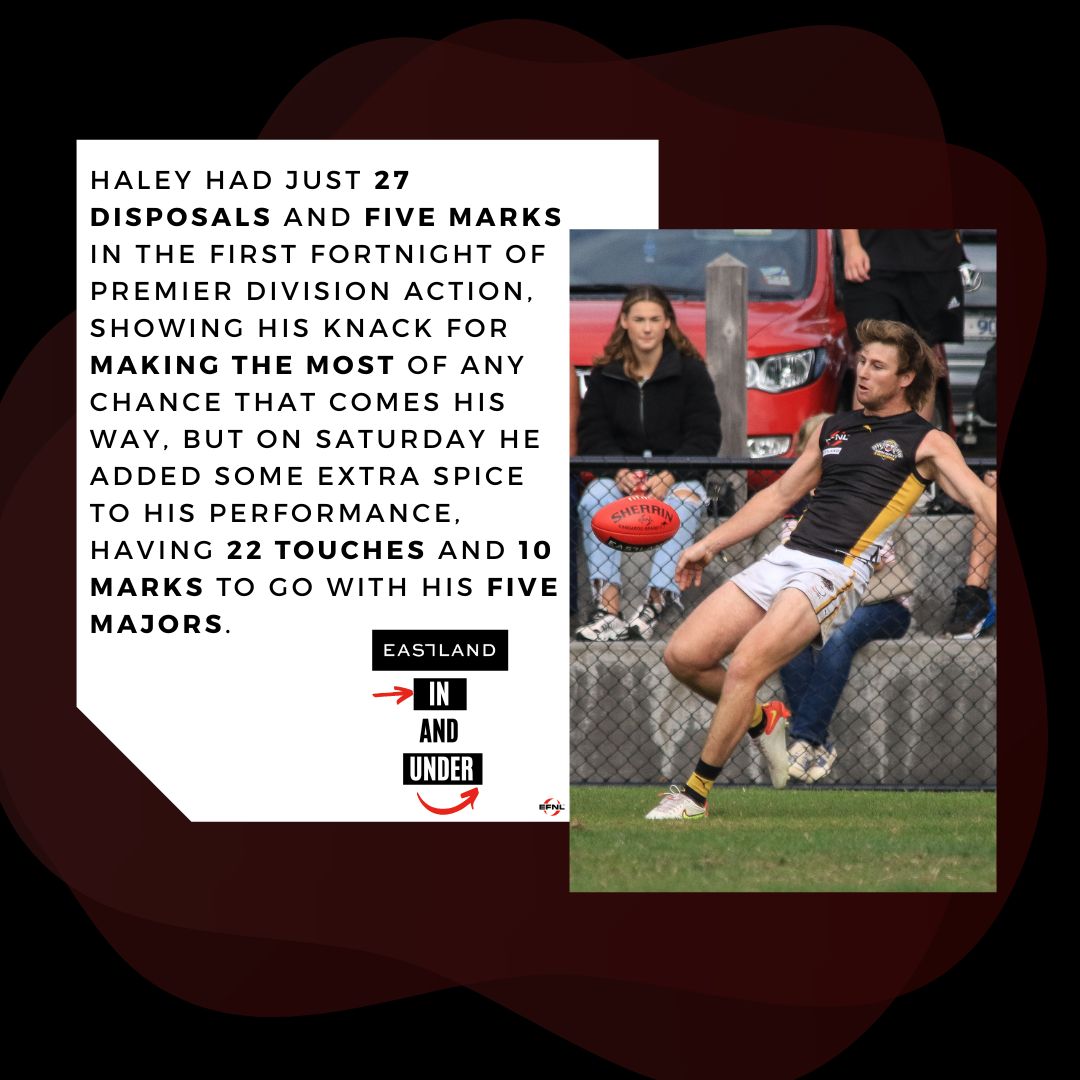 Local football means a lot to all of us and here at the EFNL we’re committed to giving you the analysis it deserves in the weekly Eastland In and Under column, where Media Manager Matt Fotia gives you his three key takeaways from the weekend that was.

Warrandyte have started the Division Three season with a win loss record that many expected from them, albeit the loss came against their weakest opponent on paper in a tough first month.

The 2021 Minor Premier sit second on the ladder after three tight wins over Waverley Blues, Donvale, and Ferntree Gully, whilst they suffered a loss in another close encounter with Coldstream in Round Two.

The Bloods are just going at the moment, with injuries and unavailability hitting them where it hurts. On the weekend they made four changes to their senior side, which is the smallest change they’ve made all season.

Given all this personnel change, the Warrandyte system should be lauded to an extent, with the Bloods knocking off three of their pre-season Premiership rivals in the opening four rounds.

Paul Donahoo’s side aren’t your typical lower division juggernaut. Usually, strong sides in this division are built around a strong contested work, a dominant ruckman and power forward or two.

The only one of those that you can genuinely say Warrandyte have, is a power forward in the shape of Ryan Phillips.

The former Vermont and Upper Ferntree Gully goal kicker is coming off a Division Three Best and Fairest and, on the weekend, showed his class when one-on-one, with his strong core making him almost unmoveable. A bonus for Donahoo – and their saving grace on the weekend – is the fact that Phillips kicks straight as well.

Circling back to the contested prowess. Warrandyte have some good players around the ball, but it’s not where their strength lies.

The Bloods are well drilled behind the ball and quick to get into position. Give them time to set up and they shut off almost all leading lanes – especially in the corridor – and have plenty of highflyers ready to tackle any long balls that come their way.

Andrew White was the man picking them off on the weekend, but it could easily be Lachlan Pollock, Joshua Beasley or as it was against Coldstream Jordan Powell (Six Intercept Marks in Round Two).

Once they get the intercept the Bloods are super slick on transition. Get it wide and get it to the likes of Nikoda Brooking, Conor Bowden and recruit Jake Moss and away they go, ready to burn their opponents on changeover, catching teams on the hop and creating one-on-ones down the ground, which plays straight into the hands of their trump card Phillips.

The Bloods are nowhere near firing on full cylinders yet but add in some selection consistency and a bit more around the contest and they should be right around the mark once again in 2022.

The weekend was a disappointing one for Wantirna South fans.

Presented with an opportunity to take down a big fish in Division One and send a message to the rest of the competition, the Devils faltered unable to stop a rampant Croydon in the third term.

Sitting 2-2, Wantirna South would kill for a good solid run of wins to get some momentum into their season before it’s too late.

And when you speak of solid runs at Walker Reserve, you immediately think of David Lang.

The versatile Devil arrived at the club in 2014 and tasted success immediately, playing a role in their Division Three Premiership over Templestowe and hasn’t looked back since, improving year on year.

He was in Wantirna South’s best players 15 of a possible 35 times across season 2018 and 2019 and didn’t miss a beat when local football returned in 2021, amongst the new look Devils best six seven of 11 times in an abridged year.

This season he’s on another level, having been named in the Devils best each weekend thus far in 2022, providing comfort and excitement to the Wantirna South back six.

In their loss to Montrose in Round Two he had three intercept marks and three rebound 50’s and collected 19 disposals, six intercepts and seven rebounds against the Blues.

The Devils haven’t quite found their stride yet in 2022, but David Lang certainly has.

So far in this week’s In and Under we’ve spoken about the importance of classy forwards and how precious consistent performances are.

Now we’re going to talk about both.

2022 has been Charlie Haley’s year thus far. The Balwyn livewire has been unbelievable in the Premier Division so far, slotting 16 goals in three games, with hauls of 5(v Blackburn), 6(v Park Orchards) and 5(v Berwick) to start the year.

In even worse news for the competition’s defenders, is that Haley is found a lot more of the ball this weekend in Balwyn’s bounce back win against the Wickers.

Haley had just 27 disposals and five marks in the first fortnight of Premier Division action, showing his knack for making the most of any chance that comes his way, but on Saturday he added some extra spice to his performance, having 22 touches and 10 marks to go with his five majors.

If he gets 20 plus disposals on a weekly basis, five goals might just be the baseline.

Haley isn’t the only forward having an uber consistent start to the season.

Donvale’s Nick Murphy looks to be in the best physical condition of his life and it’s showing on the scoreboard, with 19 goals in four weekends, including 9(v Scoresby) and 6(v Warrandyte).

He’s going head-to-head with the Waverley Blues Matt Perry, with the former Ormond spearhead slotting 19 of his own in the opening month, bringing his total for the Blues up to 56 at four per game across his one and a bit seasons at Mt Waverley Reserve.

Arguably the biggest signing of the off-season, Farmer didn’t trouble the scorers in Round One, but has found his feet since kicking three goals against Mitcham and Croydon before stamping his authority on Division One with seven majors on Saturday as East Ringwood knocked off newcomers Beaconsfield.

All four men came into the season hoping for a premiership and all four men are doing their bit to help their club get one.