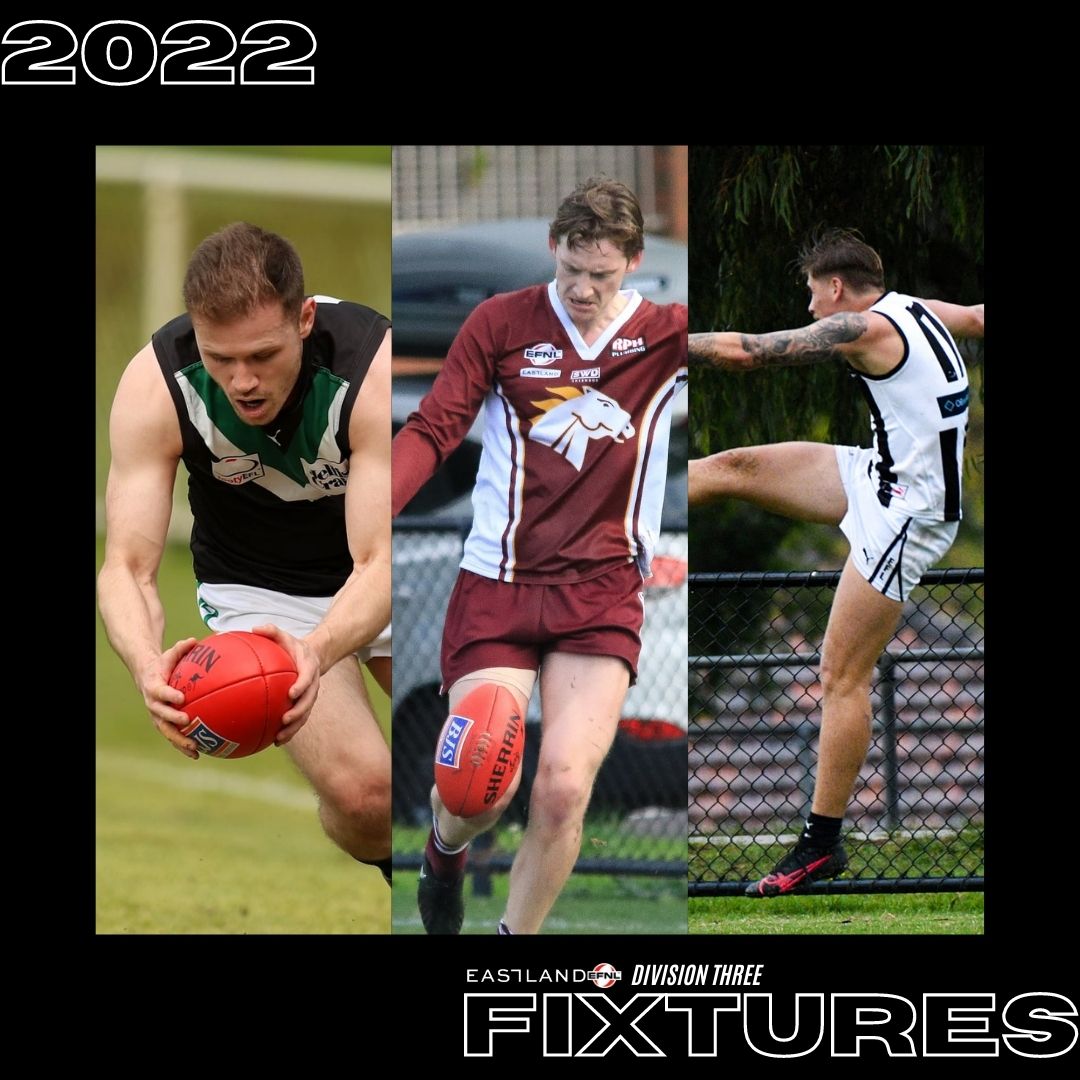 The Eastland Eastern Football Netball League Division Three Fixture has been finalised and the Division will remain a nine team competition once again in 2022, after the promotion of East Burwood to Division Two and Coldstream into Division Three.

Unlike Division Four, the Division Three fixture will see each side play the same amount of games, meaning Match Ratio should not be required to determine ladder position.

A top four (with double chance) finals system will be used in Division Three in 2022, kicking off on August 20th with the Grand Final on September 3rd.

The Division Three season kicks off on April 2nd with a bumper Round One fixture list as local rivals Ferntree Gully and Fairpark face off at Wally Tew Reserve, Scoresby and Glen Waverley meet following their tie in Round One of 2021 and there’s a pair of Evening Fixtures with Warrandyte hosting the Waverley Blues and Whitehorse welcoming Donvale.

Coldstream will have to wait an extra week to celebrate their return to Division Three, hosting the 2021 Minor Premier’s Warrandyte in Round Two. The Cougars will back that up with a trip to Whitehorse in Round Three, once again under lights.

Fairpark will reacquaint themselves with Coldstream in Round Five when they host the Cougars, having last met during the 2019 Division Four Finals Series, whilst the two Waverley sides will come together in Round Five (at Central Reserve) and in Round 14 (at Mount Waverley Reserve).

You can view the Eastland Division Three 2022 Fixture below or by clicking here.