Deakin University Women’s 2022 Fixture – Premier, Premier B and Division One 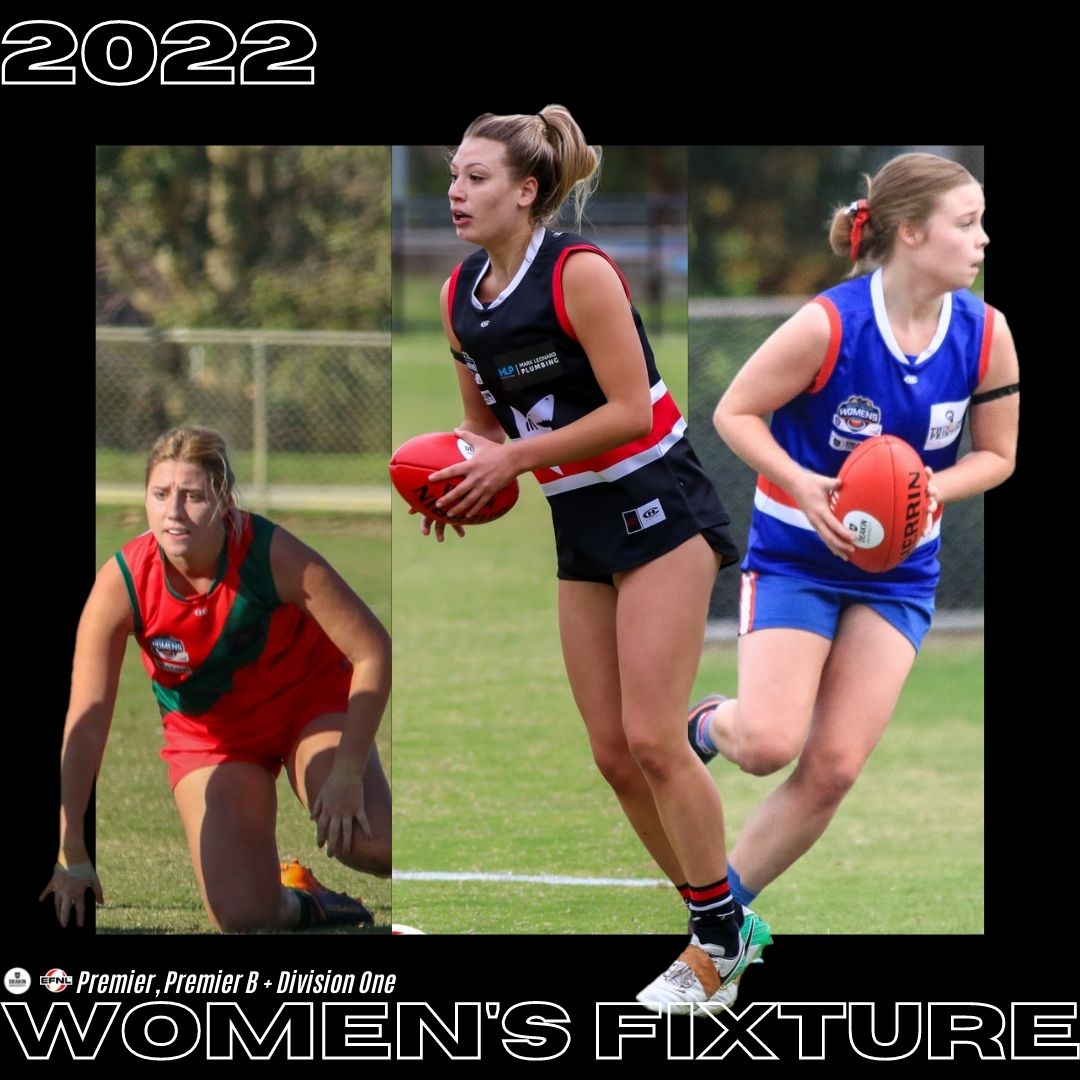 The Eastern Football Netball League’s top three tiers of Deakin University Senior Women’s Football will have a brand-new look in 2022, with the introduction of a six team Premier B Division and the use of four crossover rounds across the 14-week season.

Rather than having a seven team Premier Division and an 11 team Division One, the EFNL decided to split the two divisions into three – Premier, Premier B and Division One – to ensure the removal of byes from the fixture.

The introduction of the new Premier B division, made up of Boronia, Chirnside Park, Donvale, Ferntree Gully, The Basin and Whitehorse Pioneers, has offered the EFNL the chance to schedule four crossover rounds, which will give these clubs an opportunity to test themselves against those sides in the top division and also provide the league some crucial insight, which will assist in shaping Women’s Football in the EFNL for 2023 and beyond.

Teams will play all sides from their own division twice – Home and Away – along with the four crossover games against teams from the other Division, meaning all sides will play 14 games.

Each Division will have its own independent ladder and finals series, but the results from the four crossover games will be included and will affect percentage, scores for/against and of course, win-loss records.

View the Deakin University Premier Division and Premier B Division fixtures below or download the PDF here – (Premier) (Premier B). The Deakin University Division One will also be made up of six sides, with Beaconsfield and Ringwood joining North Ringwood, Rowville, Park Orchards and Berwick in the competition and will run separate to the two ‘Premier’ divisions.

With the four latter clubs all having their Senior Men’s side in the Premier Division it creates opportunities for full alignment days throughout the season.

In Round One North Ringwood host Rowville in both Women’s and Men’s fixtures. Rowville will later have the same honour when they host Park Orchards in Round Six, before the Sharks welcome North Ringwood in both the Men’s and Women’s in Round Nine.

2021 Division Two Minor Premier Ringwood will take on the two South East sides to kick off their Division One campaign, travelling to Berwick in Round One before hosting Beaconsfield in Round Two, whilst the Eagles will kick off their season with a home against Park Orchards.

You can view the Deakin University Division One Fixture below or download the PDF here.