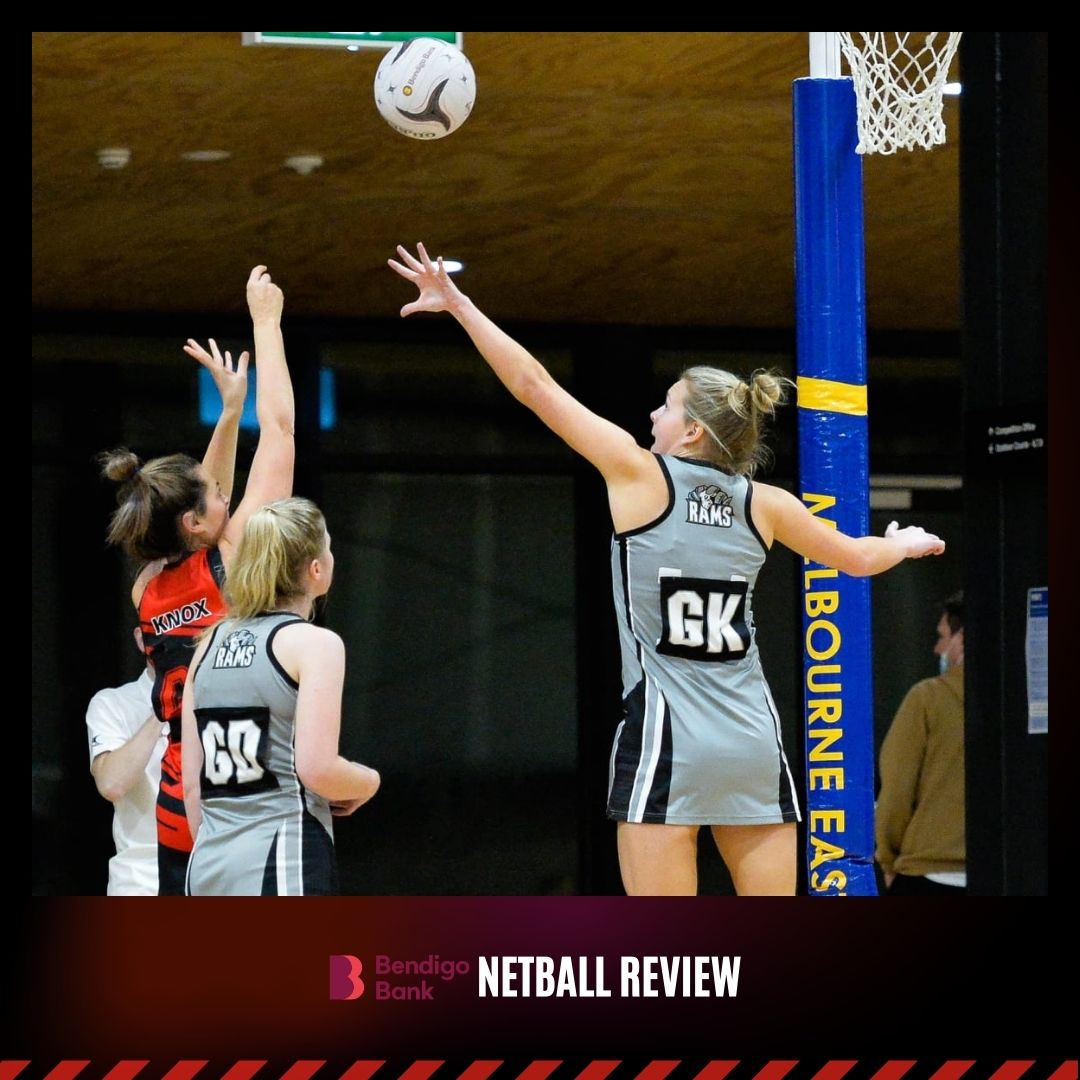 A month into the Women’s Netball Season, and the excitement among the competition is still sky high. It is the tightest competition we have ever seen and there was plenty of almost major upsets in each section proving the consistency of all eight sections, with several teams playing their first games in new division’s this week.

In a close affair between two sides fighting for a position in finals, it was East Ringwood who finished on top in nail-biting fashion. After trailing at the end of the 2nd quarter, Emily Salmon stepped up in attack scoring 32 goals to bring home East Ringwood Black, after leading by 1 goal at the final break, they held on to win by 2 goals in a great match.

Coming into this match, it was a must win for both teams to cement them selves in the top echelon of section 2, it was Vermont Eagles Gold who had the leger by one solitary goal to win in a great display of netball. Scores were tied at 22 apiece at the end of the 3rd quarter, but it was Vermont who held on, on the back of Ella Tweedale’s performance in attack with 24 goals in an awesome display of shooting.

In what could’ve been a major upset with the top seeded Lilydale Gold after 4 rounds, The Basin who are 7th on the ladder almost caused a major boil over to lose by 1 goal. Demonstrating the evenness of the section, Lilydale Gold proved to strong in the dying stages with Jessica Lowe scoring 16 goals and was supported in attack with Zoe Abbruzzese contributing 8 goals. The Basin’s own Hayley Gstrein scored 16 goals.

In what could’ve been a massive upset the 4th seeded Glen Waverley Hawks White hung on to defeat the 8th seeded Silvan Cats by 3 goals. Silvan had their chances and would consider themselves unlucky had they not given up a 6-goal deficit at three quarter time. With more time left a charging Silvan Cats may have got over the line. However, a strong display in attack from Sarah Miller who scored 17 goals was too strong for Silvan. A lot to take out from both clubs, but the more experienced side proved too strong.

Coldstream Red also almost caused another major upset against the undefeated Chirnside Park Panthers. Yet again demonstrating the evenness of each section, Coldstream Red will be really disengaged after their loss having led after the first term by 2 goals, but it was the Panthers who came home strong and hung on late to win by 2 goals on the back of Tayla Ferguson scoring 26 goals. Ferguson has scored a remarkable 90 goals after 4 games. Madison Carroll can hold her head high for Coldstream contributing 27 goals almost being the difference maker in attack.

The undefeated Glen Waverley Hawks Yellow were too strong for the developing East Ringwood White, scoring 23 goals in the 2nd half in a powerful display of team defense and ultra-consistent scoring. Alyssa Newey scored a game high 30 goals and was well supported by Adelle Mazzarella 11 goals in a dominate display from Glen Waverley, clearly the team to beat after a month.

In a 4th v 5th clash, there is a clear gap from the top teams to the bottom teams and Waverley Blues Red proved to be one of the teams to beat putting on a clinic in attack. After a slow start trailing a gallant South Belgrave Saints at qtr. It was all Waverley Blues Red from then on having a 10-goal lead into the final quarter and proved to strong on the back of Gabriella Hatch’s 19 goal performance. Both with a 2-2 record, week 5 is an important week for both clubs to bank a win to avoid being 2-3.