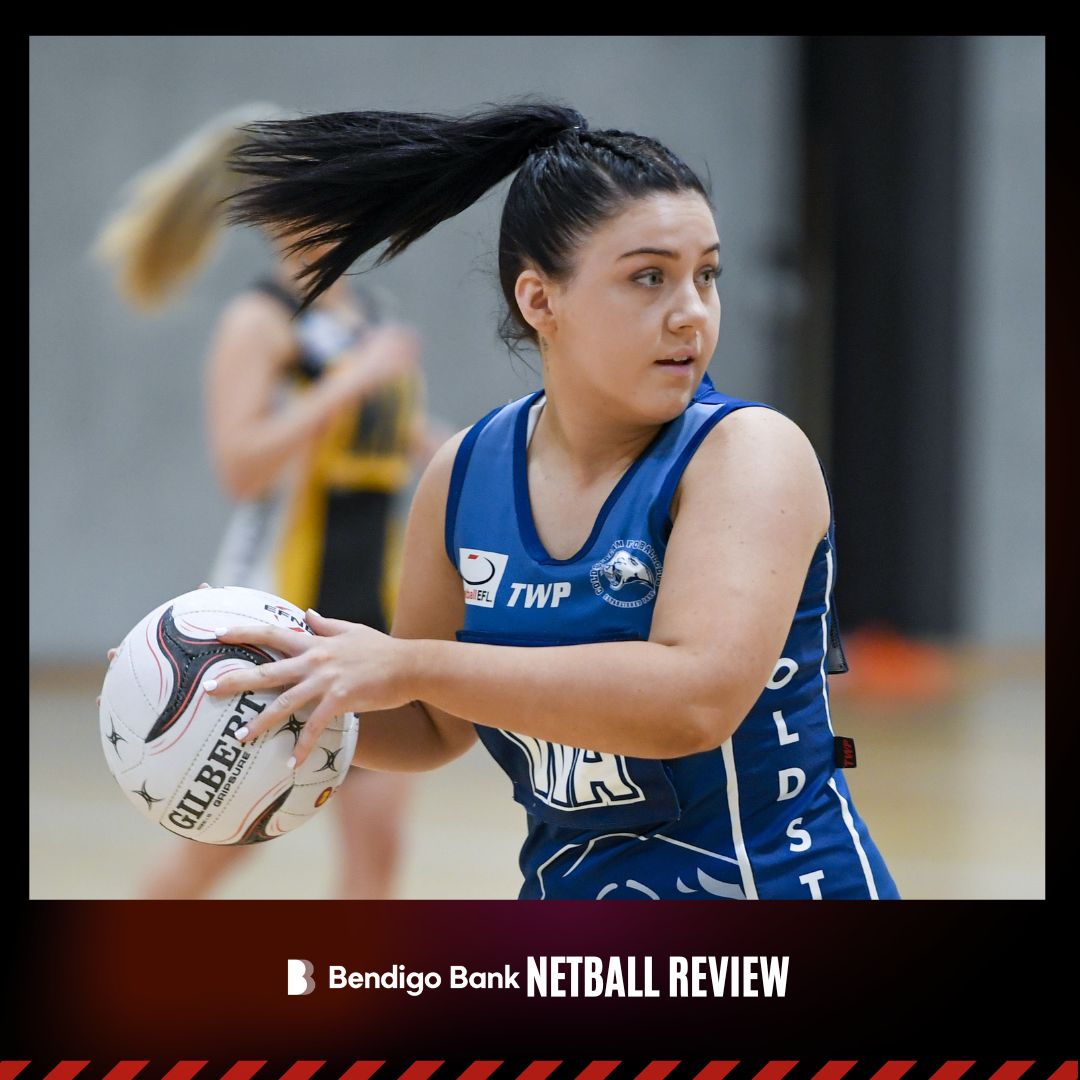 Another big Friday night of netball in the EFNL Netball League with Round 10 now in the books!

It was a quiet night in Division One as Croydon enjoyed a comfortable win against Knox, beating them by 37 goals.

Croydon started off the game with a bang leading by 11 goals at the end of the first quarter and were able to maintain a strong lead all throughout the game and never let down their competitive edge.

A close game between Kilsyth and Oakleigh on Friday night as they both fought hard for the win.

The first quarter ended with a one-goal difference in favor of the Cougars. Trying to overthrow Kilsyth, Oakleigh pushed hard in the last quarter scoring nine goals to the Kilsyth’s eight, but it wasn’t enough to pull out the win, losing by three goals.

Christie Brinkhuis was the star of the court scoring 17 goals assisted by Chelsea Ross’ 12.

Two incredibly close games in Division Three but it was second placed Cubs v sixth place Eagles that got all our attention.

At the end of the first quarter the Cubs led by one-goal soon to be overthrown in the second quarter as the Eagles stole the one-goal lead.

Vermont were able to maintain their lead in the third quarter by two goals, holding on in the last to squeeze home and jump into fifth spot.

A 2nd vs 3rd place display in Division Four as both teams battled it out head-to-head in a very close game.

Park Orchards remains in second place sitting at a 9-1 record.

Sitting in first place with an undefeated record of 9-0, Vermont had a scare in the first half of the game on Friday night. The game started off with an even seven-goal apiece first term and before Upper Ferntree Gully edged out to a two-goal lead at the main break.

This was enough to scare Vermont to step up their defense and attack to avoid going home with their first loss of the season. A fire ignited under Vermont as they dominated in the goal circle scoring eight goals to Upper Ferntree Gully’s four. Vermont applied a lot of pressure on Upper Ferntree Gully to stop them from outscoring them in the last quarter. The Eagles walked away with a seven-goal victory and remain undefeated.

Stephanie Issa scored 11 goals for Vermont while Kellie Phillips and Jessica Scida both assisted with eight each.

Fifth place, East Ringwood v 10th place, Kilsyth was a very close game on Friday night. While the game started off in favor of the Kangaroos by one-goal, halftime ended with both teams on an even eight-goals each. At the end of the third quarter, the Cougars scored two-goals more than the East Ringwood, putting them in the lead by only one-goal, before pulling out to a five-goal winning margin.

Kilsyth move up a place to ninth on the ladder while East Ringwood move down to sixth.

Kate Watson scored 16 goals for The Basin while Jessica Thomas and Elly Turcinovic score four and two of their own.