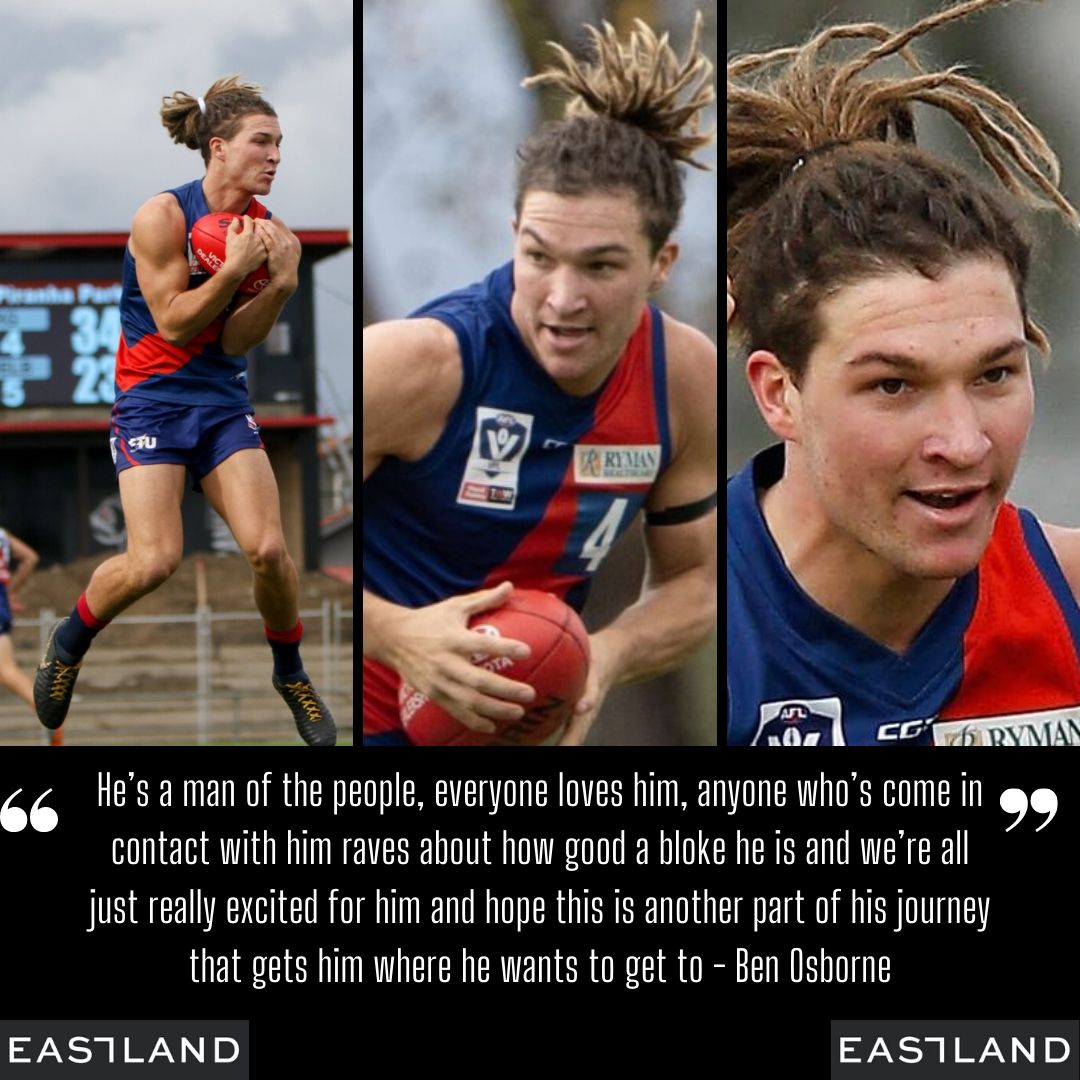 East Ringwood junior and Coburg star Sam Lowson will continue to strive for an AFL career in 2020, with the live-wire forward leaving Melbourne behind for the sunny streets of Adelaide.

The Sam Lowson story is not unknown to the greater footballing public with interest surrounding him and Norwood midfielder Lochlan Dickson peaking before last seasons mid-season draft with both players tipped to make an AFL list.

As luck would have it, the dreadlocked goal kicker missed out on that AFL opportunity due to an untimely ankle injury on the eve of the event. But he has refused to give up, making the move to the SANFL to play football in 2020 following the VFL’s cancellation due to Melbourne’s recent Covid-19 spike.

Lowson had originally planned on going further west to play Swan Districts, with whom he had been in constant communication with, but was knocked back due to government restrictions.

East Ringwood senior coach and former assistant coach at  Coburg, Ben Osborne says Lowson had been ready to pour everything into his football in 2020, having quit his job as a carpenter ahead of the season in an attempt to make the most of his chance at the big time.

“He’d given up work at the start of the 2020 season to give it (AFL) a big crack, so he’s been working part time since the shutdown,”

“He just wants to play because it’s right in his hitting zone (age to be drafted) and he doesn’t want to leave anything to chance,”

“He’s been so unlucky, doing his ankle the day before the mid year draft and then a global pandemic – it’s shattering for him – but there’s nothing keeping him here, so get over and do it.” It is Osborne’s understanding that there is still substantial AFL interest in Lowson, who booted 16 goals in the first seven games of last years VFL season, with clubs looking to see if he can find that form once again and build a solid body of work.

“From my understanding there were clubs still looking at him at the beginning of this year and he just needed to show that he could back up 2019 and show that it wasn’t a flash in the pan by their standards,”

“AFL clubs don’t want to take a massive risk on anyone, but there are definitely clubs still looking.”

Lowson’s ankle injury in 2019 is not the only hardship he’s faced in his 20 odd years on the planet and Osborne, who played over 150 games with Premier division outfit South Croydon, says his energetic and infectious personality held up after the incident last season, a sign of his ever-growing maturity.

“He’s learnt a lot in life, he’s had a full on 25 years and he’s shown he doesn’t live life by halves, when he does something he gives it his all – that’s the sort of person he is,”

“He’s come such a long way in the last few years, he’s a quality person and it’s very exciting for him.”

Lowson will head across the border with the whole East Ringwood community behind him according to Osborne, who says he struggles to find a person with a bad word to say about him.

“We’re (He and Lowson) in contact all the time through caring for each other, you know I’ve just come to his junior club and have spent time with him at Coburg so we’ve been in touch pretty regularly,”

“He’s a man of the people, everyone loves him, anyone who’s come in contact with him raves about how good a bloke he is and we’re all just really excited for him and hope this is another part of his journey that gets him where he wants to get to.”

The news of Lowson’s move follows the announcement that Osborne will be staying at East Ringwood in 2021.

The former left footed defensive general is confident that his East Ringwood side is not only ready to contend for the Division One premiership in 2021, but is on track to reach the lofty heights of the late 90’s and early 2000’s.

“It’s a tough time waiting for the salary cap and so on, but I don’t think it will affect us that much if at all,”

“Our list is a really exciting one with guys like Rents (Andrew Renton) Cerns (Chris Cerni) and (James)Belo, that’s some high quality senior blokes there and some very good young kids like (Connor) Weightman coming through,”

“If we get continuity in the playing group we will challenge next year and with the junior program that’s been set up I think we can have success for the decade and get back to being one of the powerhouses of the competition.”