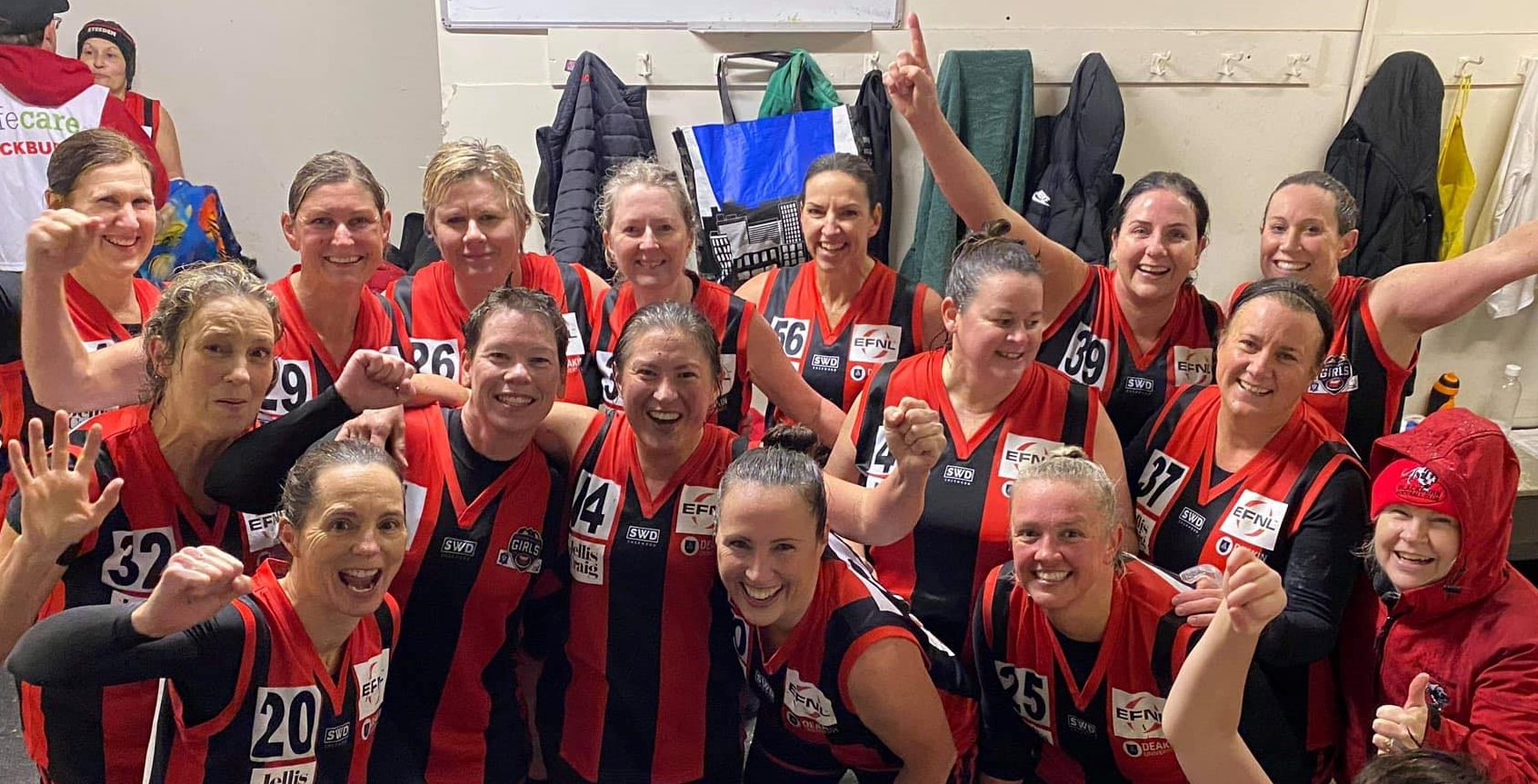 We’ve had plenty of stops and starts over the past two seasons and just when you thought it was all over for this year, the ladies from Blackburn have announced they are playing in an AFL9s International Series on Saturday November 27 at Spark’s Reserve in Box Hill.

The competition is being organised as an over 35s tournament by Australian Football International. It is one of a number of events being held in the lead up to the Brisbane Olympic games with the desire to play AFL9s at the Olympics!

The ladies from Blackburn don’t expect to be going to the Olympics but they are certainly excited to be playing in the AFI competition.

For many, like first year player Fran O’Neill it provides a great opportunity to dust off the Covid cobwebs & hopefully have a win.

‘The players are so keen to play, they actually took it upon themselves to enter the tournament as part of their preseason preparation for 2022.’

In-fact they are so keen that Blackburn has entered two teams in the competition.

The AFI is using football to promote inclusivity, encourage participation and to break down barriers around the world. The Blackburn team epitomises this.

‘We have a very strong focus on inclusivity at Blackburn. Our masters team includes players from their mid thirties to late fifties. There are also a number of hearing impaired and deaf players. Despite coming from different backgrounds, the one thing that draws them together is the opportunity to fulfill a life-long dream to play football in an inclusive environment’.

Rita Anselmi who is organising feels so lucky to be able to play football now:

“It’s fantastic being able to play footy with such wonderful team mates who share the same passion for footy and fun. Looking forward to a fun filled day and catching up with players from other teams.”

With age no longer proving a barrier, the tournament provides a great opportunity to see how much fun over 35s footy can be.